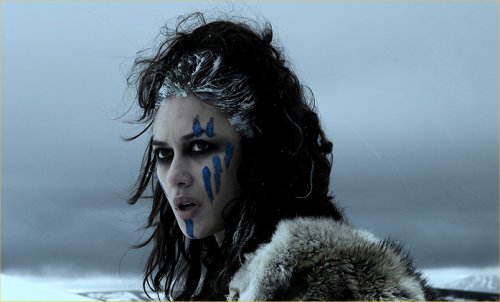 The remainants of the mythical picts... blue painted and covered in furs, wielding bronze swords and clubs they are incridibly strong compared to mortals and they charge into battle without heed to their own safety. They are divided into tribes who are ruled by the most powerful warrior who has proven himself in battle and slain at least 4 other wildmen. This can be either a woman or a man, as long as the requirements are upheld.

The Wildmen have become particularly numerous along Hadrian's Wall between England and Scotland as their titan overlord Gjaeless has escaped from his prison below the wall (were he was put by the roman deity Mars as they conquered Scotland).

Gaela: A powerful female leader who has a son and daughter with Astor. She helped ressurect him after he was slain in battle with a Celtic Death Lord.